A Journey to Apu Umantay

One of my personal favourite trips was traveling ten hours in a minibus to Apu Salkantay and Apu Umantay and climbing up to a turquoise glacier lake, where we made a despacho. An Apu is seen as the spirit of the mountain and can be female or male.

After calling to these mountains, we saw an eagle 20 feet above us. As he flew down to see what we were doing, we could see his amber eyes. Apu Umantay and Salkantay spoke to us here, by rumbling and crashing whilst we made the despacho, they showed me bright white rainbow energy like snow, in my mind’s eye.

Don Augustine blessed me with his mesa: giving me a Karpay from these two mountains here. I perceived a huge rainbow course through my energy body at this point. My heart was so wide open that I felt like crying.

The mountains and in particular Apu Salkantay and Apu Umantay,  left me with a real sense of strength and tenacity. It is something that I can now call on whenever I need it. After making a despacho with these two mountains, I turned around to say “goodbye” and “thank you” and subsequently received an orb of energy from Apu Umantay into my heart centre, I will never forget this experience, the mountain was thanking me for visiting. It continued to tell me to use this connection to work with in the future as a healer, to share my light in a way that is needed. As we drove home at dusk, I observed the elemental world come alive with purple and coloured lights all over the land.

Don Augustine had told me that I may receive a dream about the spirit of the mountain, which would be pure white. Later that evening, I dreamt of a barn owl looking at me from a tree and then flying down to eat from my hand. When I awoke, my heartfelt pure and full of peace.

It gave me so much determination to carry these teachings with great respect and honour and it has taken me many years to integrate the energy of this pilgrimage into my energy field.

For the last part of our trip, we planned a one-week trip to Don Augustine’s village Ccochamocco and his village community. This was an eight-hour trip there ( 4 hrs in the minibus and 4 hrs on horseback). We climbed high to 16,000 feet and made a final Despacho ceremony on top of the pass, before entering into Don Augustine’s valley. The top of the pass was stunning, that looked down upon a glacier lake.  It was like stepping into another world. It was totally unspoiled there, there’s no electricity or running water part from freshwater streams. The stars up in Q’eros were stunning, as were the sunrises. The sunsets here were like flames coming out of the top of the mountain.

After nearly a week had passed, Don Augustine made sure that we were ready to receive these transmissions by going early to Huaman Lipa mountain and making an offering to ask permission to give us these special karpays. These karpays would help us to be connected to the mountains of Ausengate and Huaman Lipa. He explained that our Mesa’s would be connected to the mountains, not us. He said that the cords or seques of energy are too strong for our energy bodies to handle but that they are held in our mesa.

At the time, Don Augustine had said that the karpay were like a Great Initiation Rite. Santos Machacca ( Don Augustine’s son) told me that the Pampamesayoq initiation was our introduction to Don Augustine’s lineage and also connected us through our mesas to the mountain spirits of Apu Huaman Lipa, Apu Macchu Pichu, Apu Ausengate, Apu Salkantay and Pachamama, Mother Earth.

On the last day, we made 4 despachos. We made one despacho for Pachamama, where we opened our hearts and prayed. We made one despacho for Yakumama. Yacumama means “Mother of water” (from Quechua yaku “water” and mama “mother”), referring to an enormous serpent believed to live in the Peruvian Amazon Rainforest. The Yacumama is believed to be the mother of all creatures of the water.

We also made one despacho for Apu Ausengate and one for Apu Huaman Lipa, the mountain spirit in Q’eros. After this, we all felt very connected to Don Augustine.

Juan Nuñez Del Prado, my teacher and a master of this tradition, says that Don Manuel Q’espi, one of the most powerful Paqo Shamans of the Q’ero Nation, declared the beginning of the Taripaypacha, also known as “the union era” or “the time when we meet ourselves again”. This marked the beginning of an era of remembering and choosing reciprocity as a guiding principle in our lives. It also marked the moment in which we can leave our fears behind, sharing our wisdom, gifts, and cultural heritage in order to establish reciprocity with the world of nature.

I hope to return to Peru in 2022 to visit Don Augustine again with a small group. This year, he will be at the EarthSpirit Centre from August 11th – 20th giving a series of seven Karpay for the Taripaypacha Retreat. Please see https://alirabjohns.com/retreats/ for more details.

In my next post, I will talk about Don Augustine’s healing tools: his poncho, hat, and his mesa. 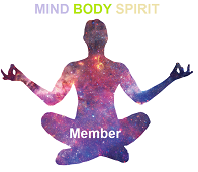